Orkney Angora was itself Angora farmers for 20 years (1987 – 2007) and operated under the UK government’s Department for Food, Environment and Rural Affairs (DEFRA)  Code of Welfare for Farm Animals. They sheared rabbits (like sheep) four times a year and in the summer did it in public for tourists to see. No restraint was necessary and it was a stress-free process for rabbit and farmer.

Nowadays they use a Chinese spinner and supplier. Their spinner, in China, sources all his wool from the Feixian Angora Farm.  The Orkney Angora owner had full, unfettered and unhindered access to the whole Feixian Farm, with his own interpreter in February 2014 and was impressed with the standards of husbandry and harvesting (all shearing) he saw.

The farm exceeded the recommendations of DEFRA’s Code of Welfare for Farm Animals in a number of areas.  They are using husbandry and shearing methods very similar to those they used at Orkney Angora for over 20 years in their own angora wool production here in Orkney.

Customers are encouraged to inquire as to the source of their angora and buy from those using responsible sources.

The future of the industry lies in working with farmers, in whatever country, to produce the angora ethically. 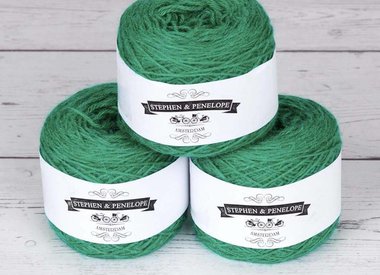