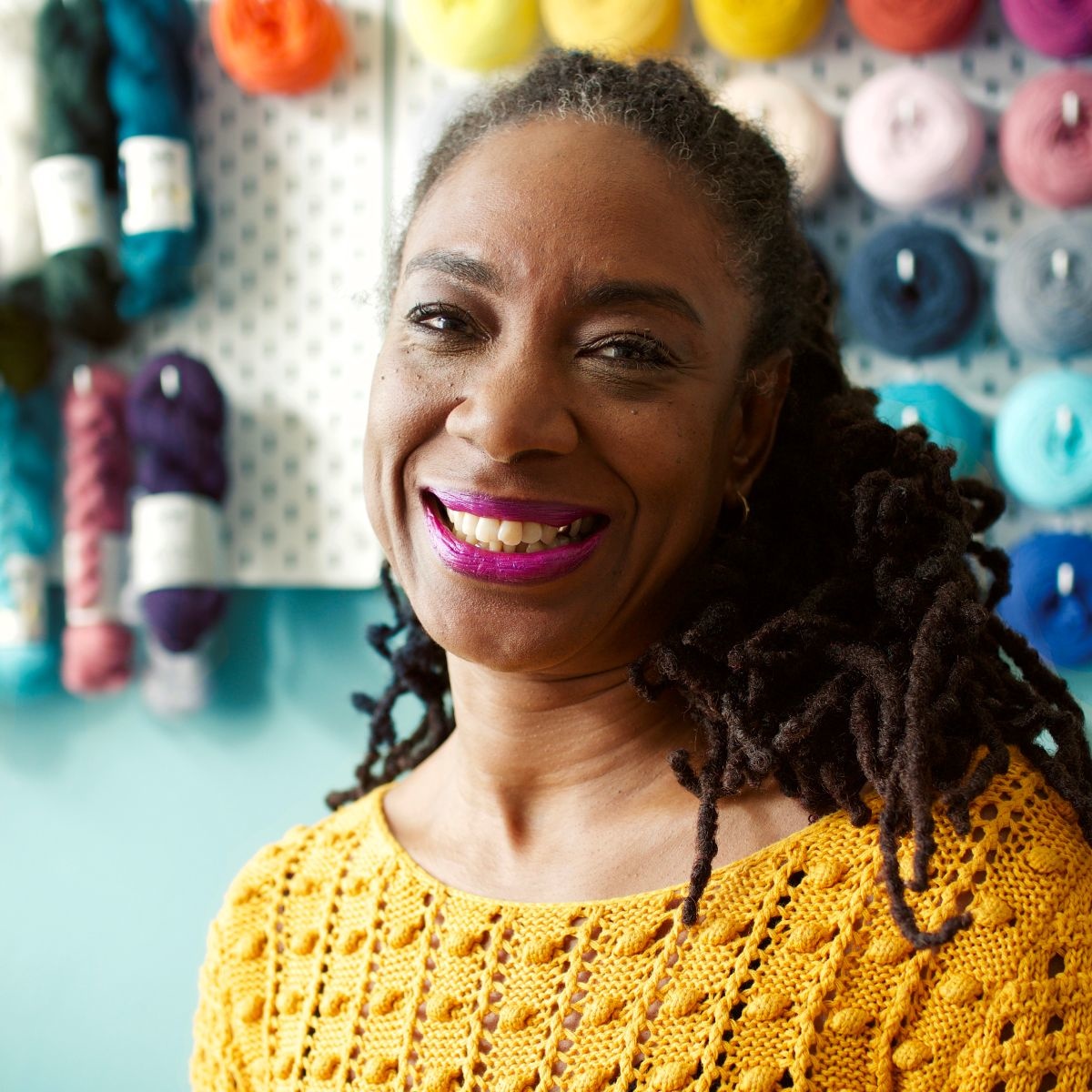 Angela is from London, UK and has lived in the Netherlands for ten years. She started working with us in May 2019, in the systems team, and is responsible for managing all stock-related changes in our inventory system. She creates new items in our systems, plans the photo projects and handles kit assembly

When she’s not at the gym taking part in Body Pump classes, Angela loves making her own body butters and deodorants.  She also enjoys listening to different genres in music, dancing, attending concerts and festivals, reading and watching crime documentaries.

Angela says that being of Jamaican heritage, she loves colour and has fallen in love with the array of choices that Stephen & Penelope has to offer.  It’s for this reason she feels she’ll start learning to knit – soon! 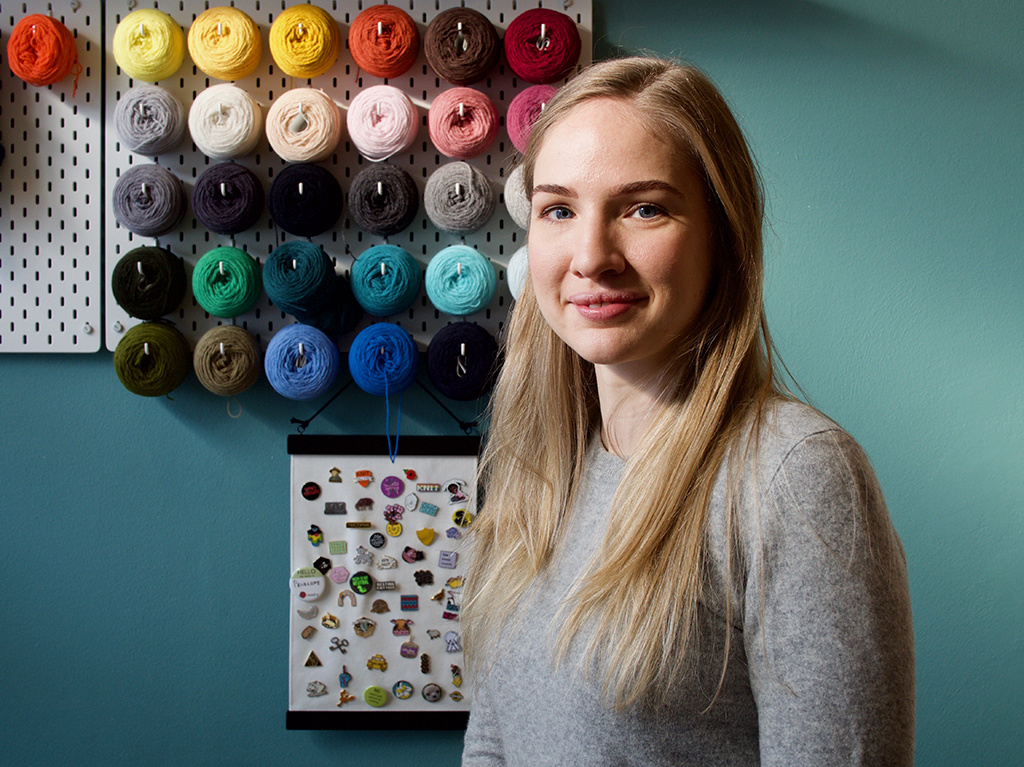 Jude has been working for Stephen & Penelope since September 2019. She started in our e-com and customer service department, and has since taken on new responsibilities within our back-end and wholesale operations.

Of Dutch-Irish extraction, Jude was born in the Netherlands but left as a baby, and returned last year to experience living in the country she started life out in. Like Stephen, Jude has a background in dance and performance. While working in musical theatre, she attended a knitting workshop to re-ignite a passion for the craft she learned as a child at school.

Affectionately called a ‘baby knitter’ by the S&P office team because she has yet to knit a Westknits pattern, Jude plans to change this by tackling the Flying Foxtail Wrap at some point this year - once she has mastered brioche! It will likely be in grey, her favourite colour.

As well as knitting, Jude crochets, reads, practises yoga, sings, and plays piano. She also loves hiking and climbing mountains, which the Netherlands fails to supply an opportunity for. 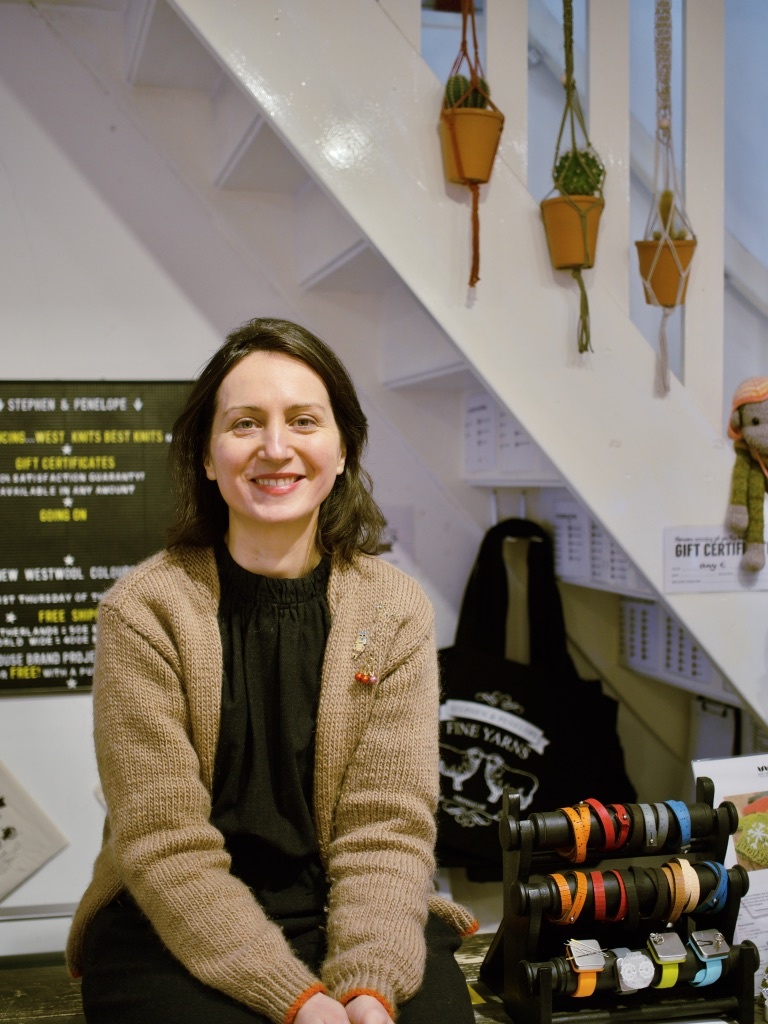 Monika is a Slovakian-born designer who originally moved to Amsterdam to pursue her study at the Art Academy. After finishing her Masters in Fashion Design, she worked in branding and product development. Becoming a mother changed her outlook on practices in the Fashion industry (exploitation of women and children, overproduction, the huge ecological footprint). She truly believes that we all have to look closely at our own choices. This community we all have created could be influential and serve as an example to the fashion industry.

Growing up in Eastern Europe, Monika was exposed to, and became skilled in, different crafts. This influence and her love of crafts have grown over time and play a big role in her work.

She started to work at S&P in October 2018 and this is what she says about working here: "I love meeting all the crafters. I truly enjoy hearing their stories and finding creative solutions for their projects. This has been really rewarding so far. I see this as a unique opportunity to support S&P customers in producing a design of their choice and in customizing it into unique designs which fit their personal style. I like to see people coming back, proudly bringing with them a finished sweater or shawl."

Right now, Monika is working on a Richter Sweater, a test knit for Julia Wilkens Designs. She looks forward to meeting more knitters and seeing you again soon in the shop! 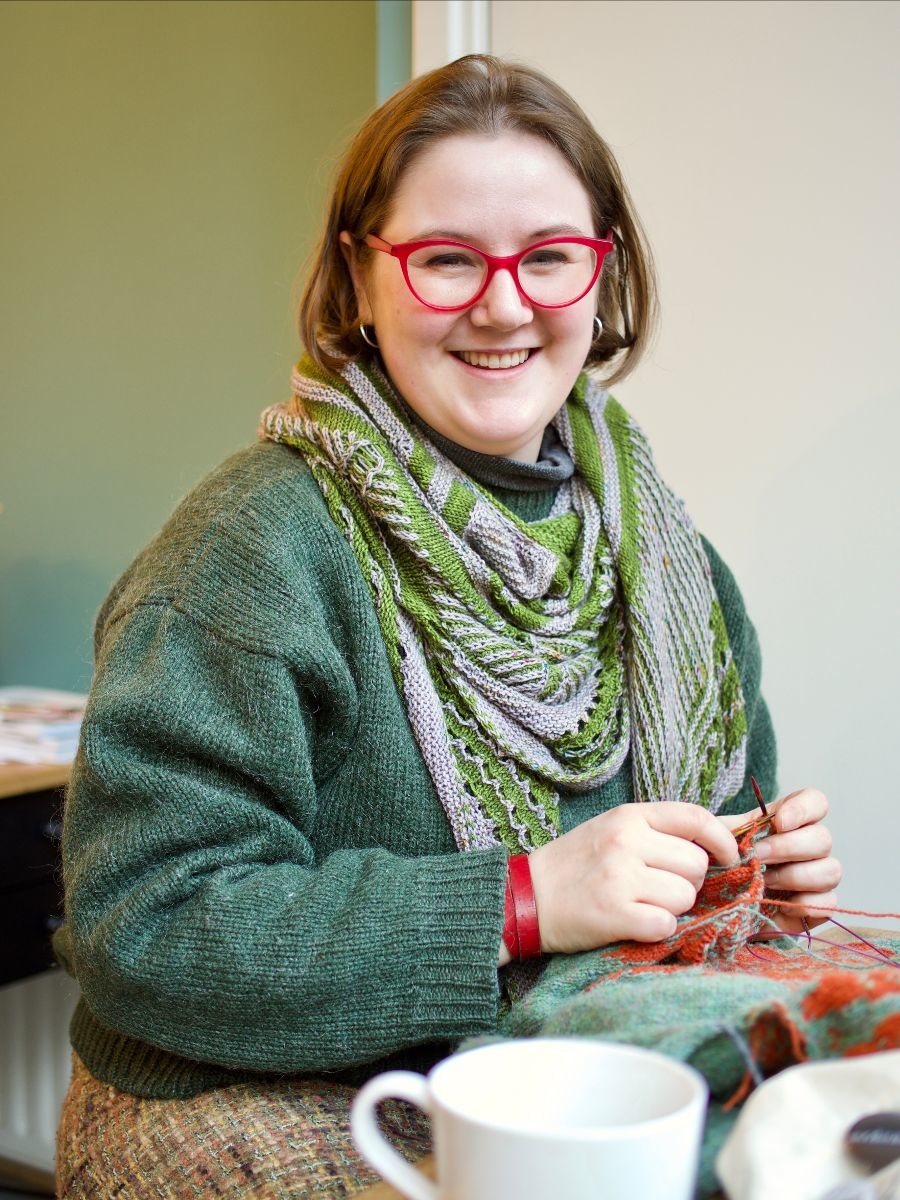 Rachael is from Somerset, UK, and joined us in July shortly after she moved to the Netherlands.  She started in the shop, and in October, transitioned to our customer service desk in the back office.

The first project Rachael can remember completing was bulky scarf, still proudly displayed at her parents' house.  She learned to knit at the age of nine, taught by both mum and gran.  Rachael loves knitting cables and stranded colourwork patterns, and she hopes to visit Shetland as she finds the style and heritage of knitting there very inspiring! 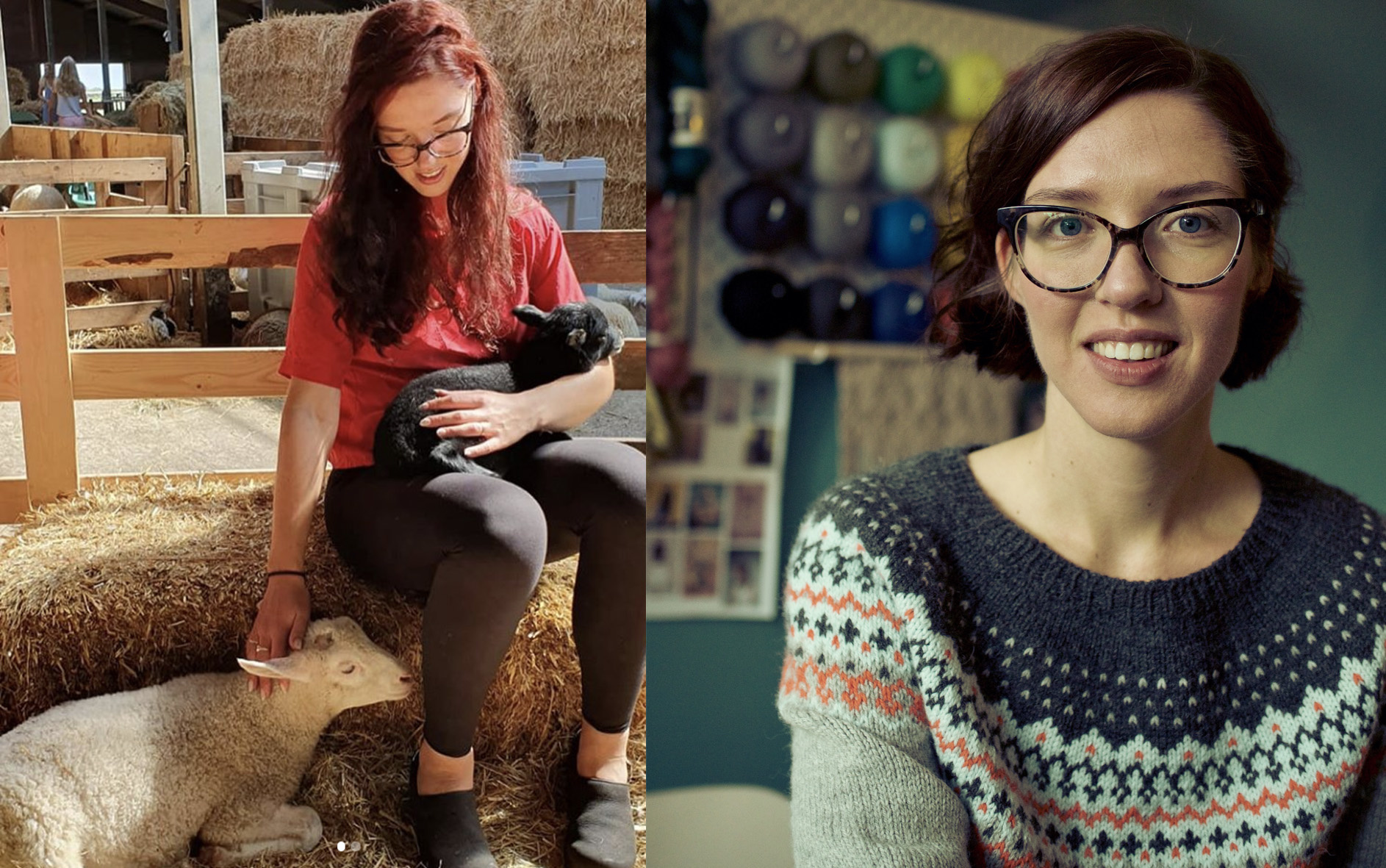 Liza has been helping customers in our shop since 2018, a year after she finished her masters in Artistic Research. She loves finding your perfect skein, fade or souvenir and is very eager to learn as much as possible about crafts and the craft industry.

She is a busy bee, and also writes for contemporary art magazines and academic platforms and as cherry on top, she is also a practicing artist.

Next to working in our shop, Liza has also been to Edinburgh and Dublin with our festival team and she is also in charge of the communication with our ‘sister’ Clarisse in Rwanda, that we’ve met through Women for Women, a charity that we happily support.

Although Liza is a Dutch native and Amsterdam feels very much like her home, she has also lived in Chicago and Ho Chi Minh City. She currently resides in an apartment just down the street from the shop, right in the heart of the red-light district.

Liza knits and crochets wherever she goes, and she is very much into the cable hat and the LYS Cardigan by Andrea Mowry that she is currently working on 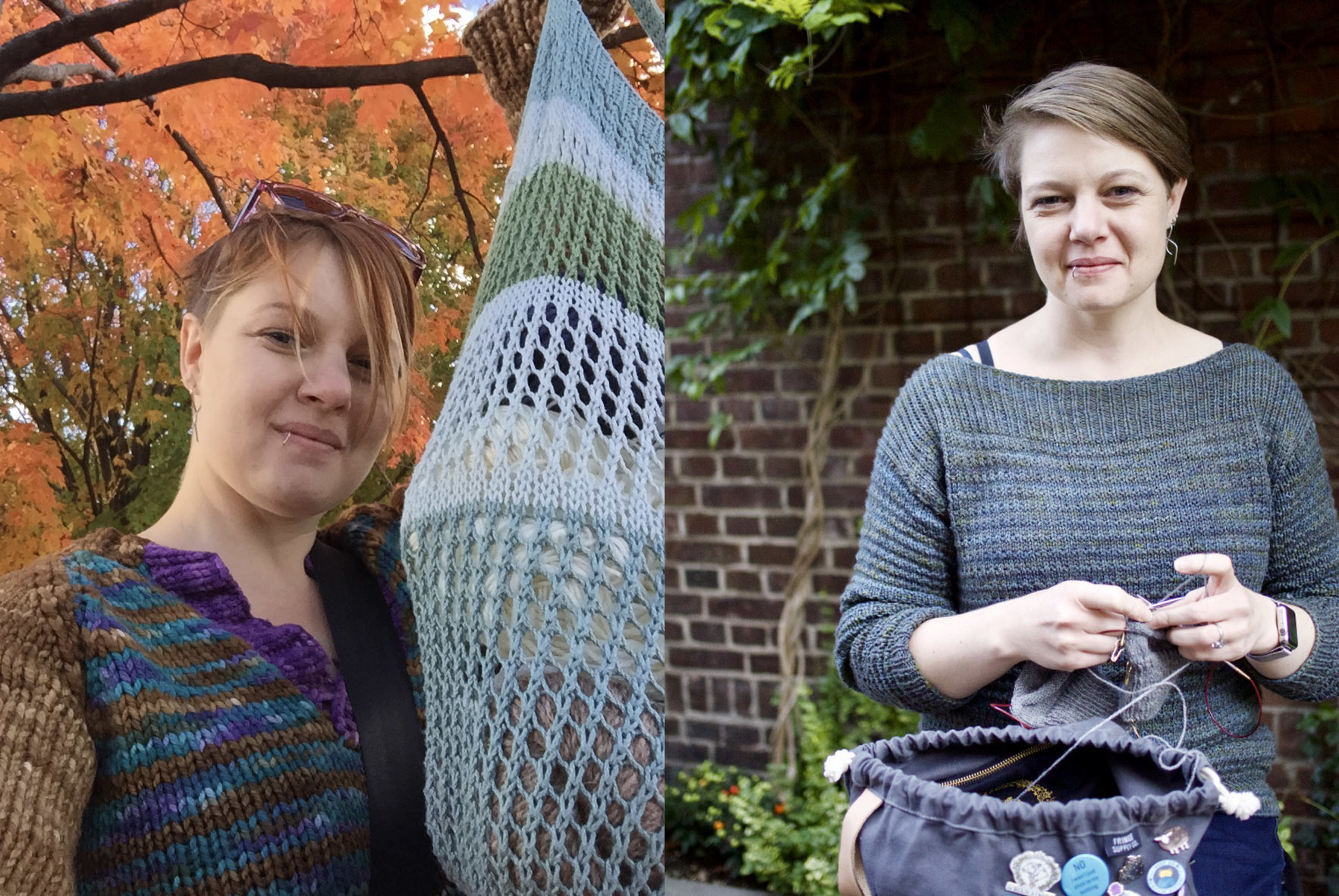 Emily is our Administration Supervisor, which basically means she does a little of everything!  She manages all the inventory comings and goings, monitoring changes in stock both in store and online.  She's also responsible for adding new items to the website, compiling web stats, communicating with our teachers and Designer of the Month, and editing the newsletter! You may have received an email from her for a special issue or if our other customer service reps were on holiday, but mostly you know she's here because things run smoothly.

Originally from Portland, Oregon in the US, she has lived in Amsterdam for two years and has been with Stephen & Penelope almost the whole time.  She enjoys improving her Dutch, and exploring the country with her family.

Emily can often be found knitting a sweater or two-at-a-time socks at the lunch table in our office, and describes herself as a "Netflix knitter." 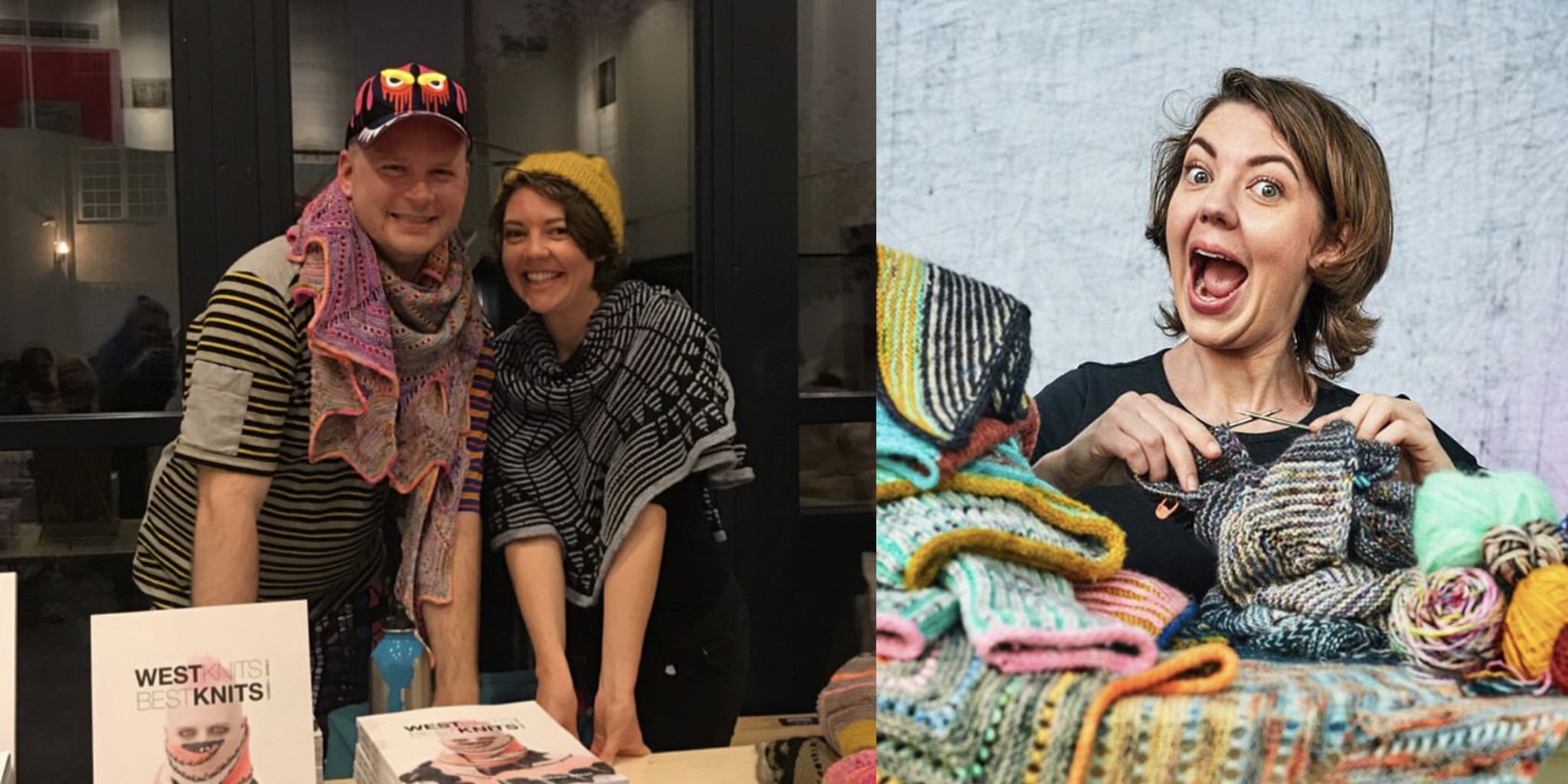 Matilda has been working for Stephen & Penelope off and on since 2016. After moving to Amsterdam from Perth, Australia, she started working in the shop on Sunday afternoons, and is now the full time Operations Manager for Westknits. You might find her building colour palettes and meeting knitters at yarn festivals with Stephen & Penelope, or occasionally on the road with Westknits.

When she’s back in the office, she works on Stephen’s book projects, plans Westknits tours and manages Westknits communications. Matilda is very food motivated and she loves to cook. A proud slow knitter, her favourite project to date is Vertices Unite from Stephen West, and she is currently working on a sweater of her own design. 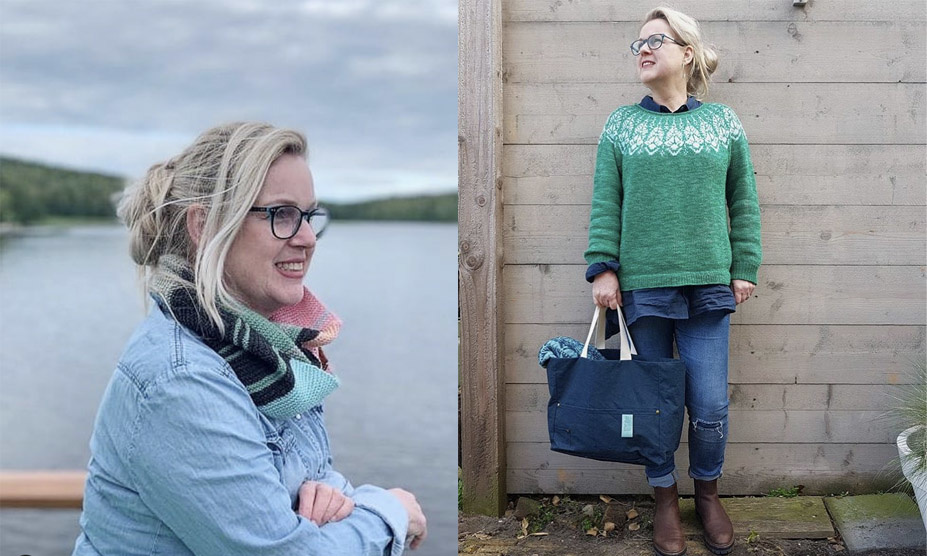 Assistant Manager, crafter, and author Lidy Nooij is a regular face during shop hours and at our monthly craft night!  We're all excited for the upcoming translation of her book "Craft Dates" which is currently available in Dutch, the English version will be called "A Year of Creativity."

Lidy is a Dutch native who commutes in by train every day from a neighbouring city.  She often uses her train time to work on beautiful stranded yoke sweaters, which she seems to finish every week!

At the shop you can find Lidy designing our window displays or perfecting the rainbows of yarn on the wall.  She also frequently on our festivals team, and has been to Edinburgh, Dublin, Jyvaskyla and more with Stephen & Penelope.

Eduardo started with Stephen & Penelope in January 2018, then took a hiatus to pursue his studies in choral direction.  We're super excited to have him back in the store for his summer break from school!  Eduardo is from Chile and can help you shop in English, Spanish, or Dutch.

When he's not busy knitting or crocheting he can often be found crocheting or working on a choral piece.  Eduardo mainly focuses on shawls, and has knit and crocheted several samples for the shop, but also is dipping a toe into sweaters.   If you're in the shop this summer be sure to say hello before we lose him back to academia! 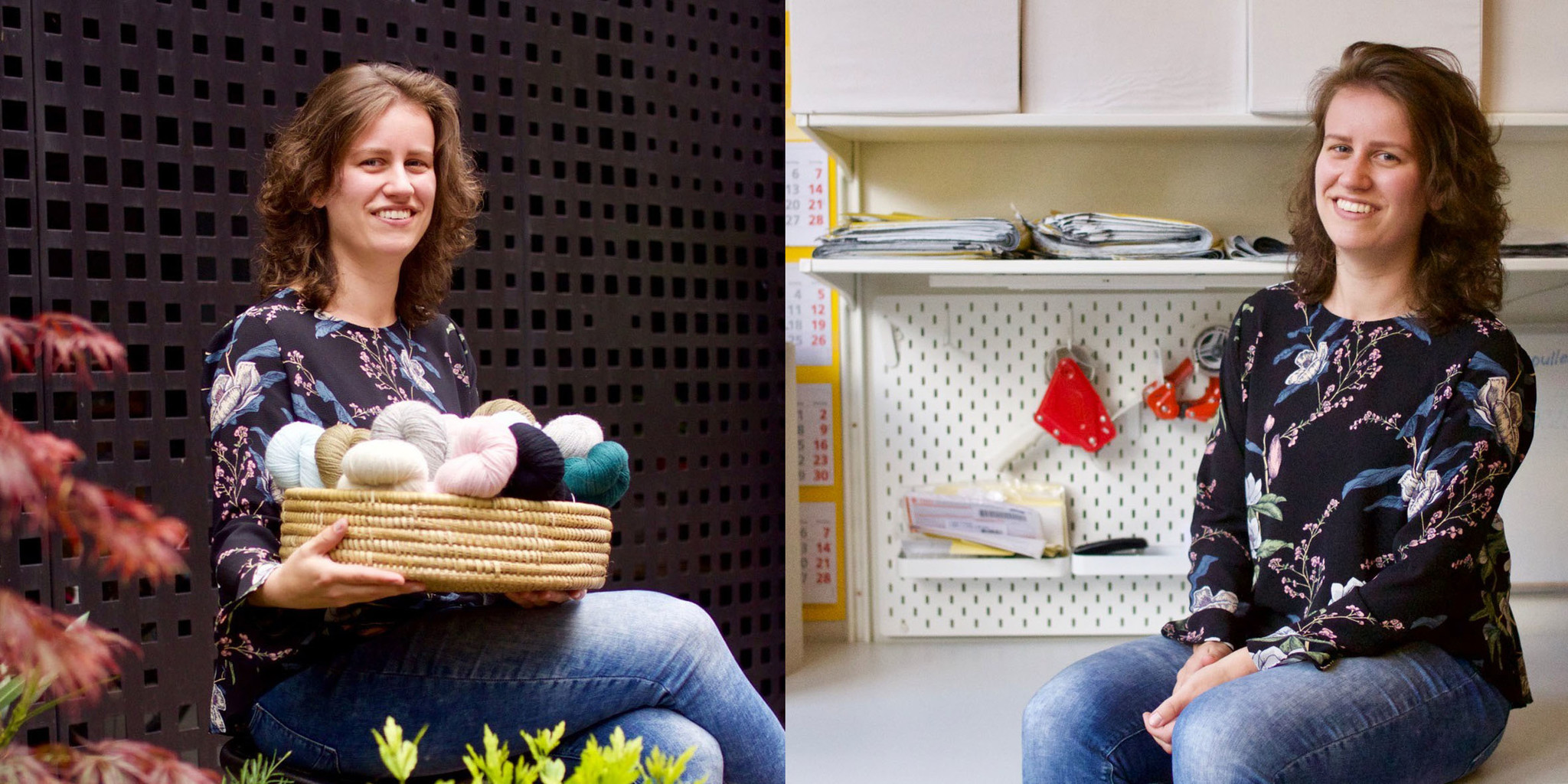 Marit has been personally involved in almost every online order that has left our shop since she started in October last year.  In addition to packing and shipping, she also runs online customer service, helping customers choose the right yarns for a pattern, or putting together custom palettes.

For her own knitting Marit often prefers colourwork with solid yarns, and is frequently seen working on mittens or a sweater at the lunch table.  When she's not knitting she likes to paint, ride her bike, or read a book in the sunshine.

Marit is a Dutch native, but plans to leave our lovely land for a new adventure in Norway later this month.  We all hate to see her go but wish her nothing but the best!

If you have been to our brick and mortar location, you surely will have met Roswitha de Joode.  She's our Store Manager, and absolutely the heart and soul of our customer experience in the shop.

Roswitha started at Stephen & Penelope more than 7 years ago in our tiny little shop on the Lange Leidsedwarsstraat as occasional fill-in help back when Malia ran the shop alone. It's fair to say that Roswitha has been a huge part of the successful growth of Stephen & Penelope. Recently we named one of our West Wool colourways after Roswitha's favorite color - rose pink!

Known in the shop for her almost-encyclopedic knowledge of baby jumper and cardigan patterns, Roswitha is the mother of a 2-year old, and has made numerous baby knits for friends, family and colleagues throughout the years. Though she's a self-described slow knitter, she's still amassed a tidy little collection of hand knits and accessories and proves that slow and steady wins knitting too!